We Perform Computer Network Installations in the Myrtle Beach area.

Whether you're interested in Microsoft Server, Linux, Windows peer to peer or just a simple wireless Wi-Fi setup, we have the knowledge, experience, and capability to provide the BEST sales possible.

CompuDirect of Myrtle Beach has the ability to:

We design and install virtually any type of local area network you may require from 2 users to 2000 users or more.  We build servers and workstations or at your direction use servers from HP or Dell - your choice. Routers, switches, cabling, backup system, are all "off the shelve" for ease of service and quick turnaround when a problem occurs.

No local area network job is too big or too small!

What is a LAN?

A Local Area Network (LAN) is a computer network that interconnects computers within a limited area such as a residence, school, laboratory, university campus or office building. A LAN might connect computers and printers for example within a building or a small group of buildings.

By contrast, a Wide Area Network (WAN) not only covers a larger geographic distance, but also generally involves much more equipment and services. 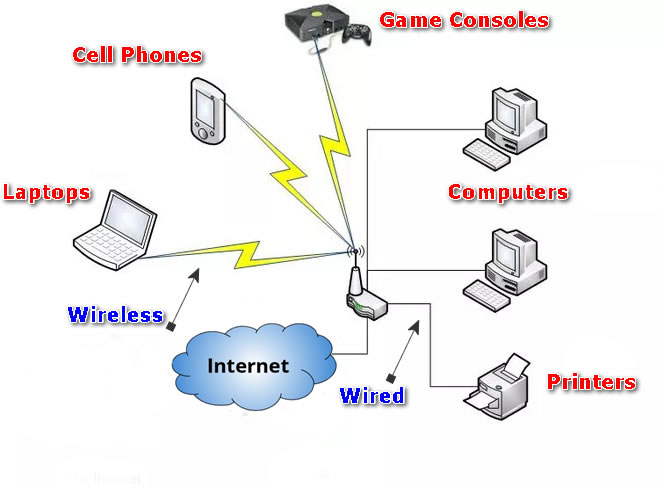 (A simple LAN similiar to what you might see in a home networking environment.)

Networks can be wired (ethernet) and/or wireless (WiFi). The current, most desirable type of wireless systems is WIFI 6 for home network installations as well as many small business network systems. Businesses typically use a wired ethernet or fiber system, depending on distances the signal must travel. Wired local area networks are always more reliable as they are not susceptible to Radio Frequency interference. In a business environment, reliability is essential.

What is a VPN?

A Virtual Private Network (VPN) is a computer network connection using a public telecom system (internet) but with the connection secured with encryption. This called a VPN tunnel or site to site VPN. For instance, you might want to connect a home computer to your work computer miles or even many cities away. Obviously you would want that connect to be secure so you would use a VPN tunnel between the two locations insuring a secure and private link between the two computers. This usually done with a dedicated VPN device at both locations.

Another common use for a VPN today is to keep your computer useage private when using WIFI especially. Say you're at a bookstore with your laptop computer and you are connecting to the internet wirelessly. That connection is public and not encrypted so it is susceptible to hacking. To protect yourself connect your computer to a VPN server using VPN software running on your computer and now your computer's connection is encrypted all the way. There's no way a person could hack you. VPN's used this way are usually provided by a company on a subscription basis.

For instance, CloudCare has a VPN as part of their anti virus program making a VPN very affordable and easy to use by simply clicking a button. 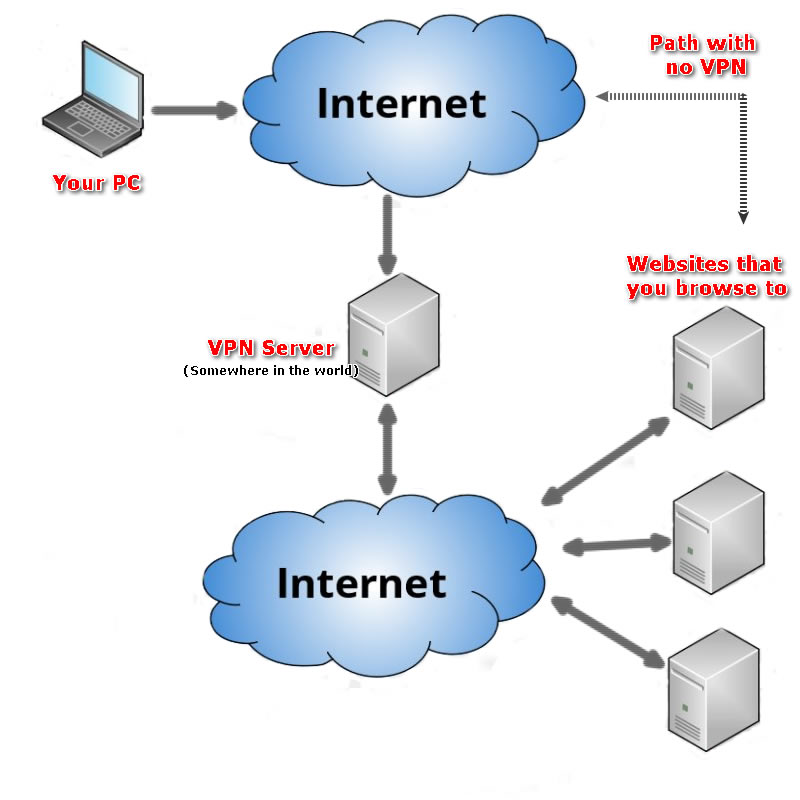 CompuDirect of Myrtle Beach is South Carolina's largest computer center. We are located near Myrtle Beach, S.C., a region called The Grand Strand. We're in an area called Socastee that is central to everyone along the Grand Strand.

Meets All 26 Standards of Accreditation

BBB Rating as of: